Moxibustion is a traditional Chinese medicine technique that involves the burning of mugwort, a small, spongy herb, to facilitate healing. Moxibustion has been used throughout Asia for thousands of years; in fact, the actual Chinese character for acupuncture, translated literally, means “acupuncture-moxibustion.” The purpose of moxibustion, as with most forms of traditional Chinese medicine, is to strengthen the blood, stimulate the flow of qi, and maintain general health.

How does moxibustion work? Does it hurt? 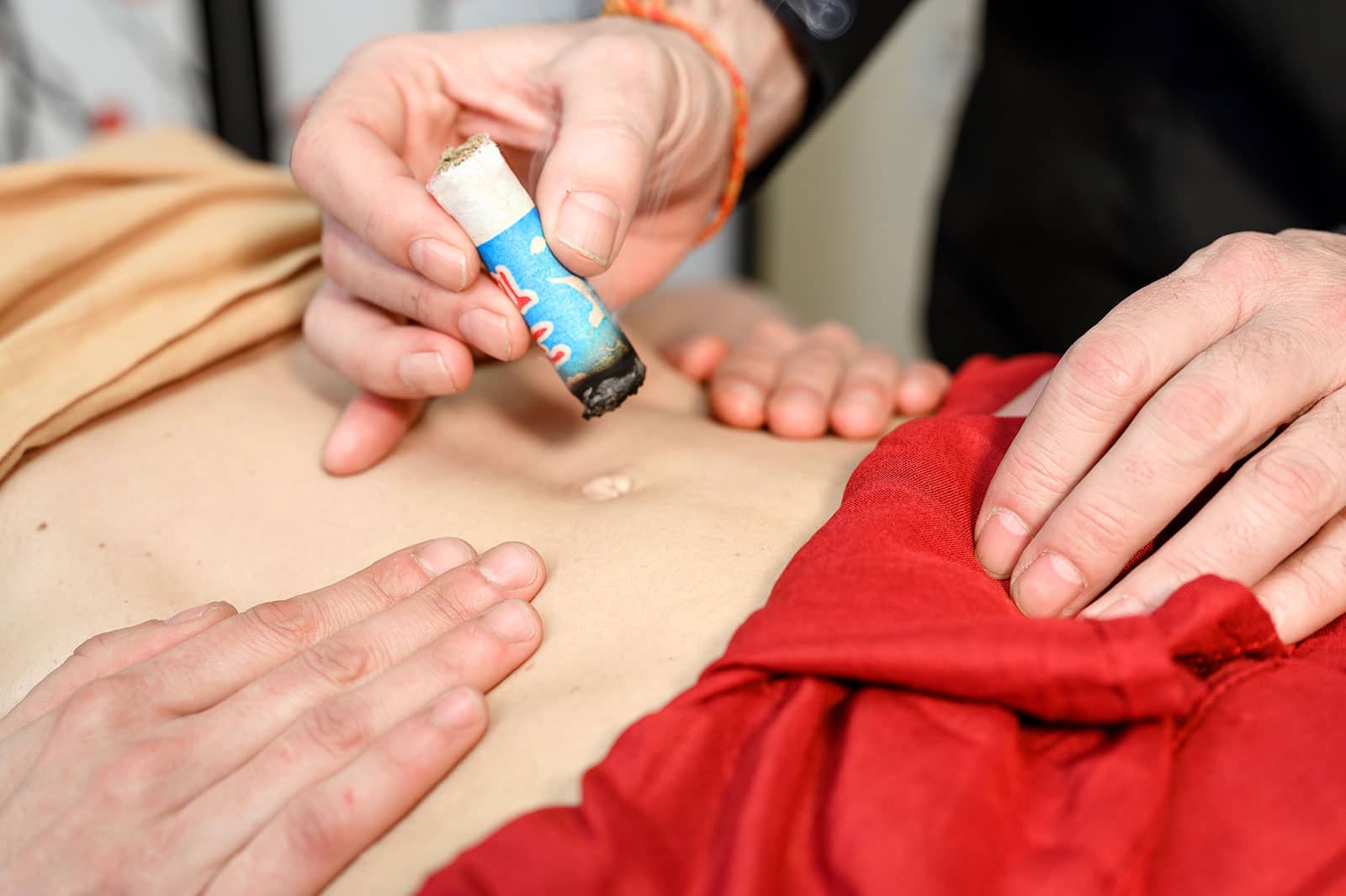 Indirect moxibustion is currently the more popular form of care because there is a much lower risk of pain or burning. In indirect moxibustion, a practitioner lights one end of a moxa stick, roughly the shape and size of a cigar, and holds it close to the area being treated for several minutes until the area turns red. Another form of indirect moxibustion uses both acupuncture needles and moxa. A needle is inserted into an acupoint and retained. The tip of the needle is then wrapped in moxa and ignited, generating heat to the point and the surrounding area. After the desired effect is achieved, the moxa is extinguished and the needle(s) removed.

What is moxibustion used for?

In traditional Chinese medicine, moxibustion is used on people who have a cold or stagnant condition. The burning of moxa is believed to expel cold and warm the meridians, which leads to a smoother flow of blood and qi. In Western medicine, moxibustion has successfully been used to turn breech babies into a normal head-down position prior to childbirth. A landmark study published in the Journal of the American Medical Association in 1998 found that up to 75% of women suffering from breech presentations before childbirth had fetuses that rotated to the normal position after receiving moxibustion at an acupuncture point on the Bladder meridian. Other studies have shown that moxibustion increases the movement of the fetus in pregnant women, and may reduce the symptoms of menstrual cramps when used in conjunction with traditional acupuncture.

Why do acupuncturists use mugwort? Why not use some other herb?

Mugwort, also known as artemesia vulgaris or ai ye in Chinese, has a long history of use in folk medicine. Research has shown that it acts as an emmenagogue ­ that is, an agent that increases blood circulation to the pelvic area and uterus and stimulates menstruation. This could explain its use in treating breech births and menstrual cramps.

Are there any precautions I should be aware of?

Although moxibustion has been safely used in traditional Chinese medicine for centuries, it is not for everyone. Because it is used specifically for patients suffering from cold or stagnant constitutions, it should not be used on anyone diagnosed with too much heat. Burning moxa also produces a great deal of smoke and a pungent odor. Patients with respiratory problems may request that their practitioner use smokeless moxa sticks as an alternative.

How do I find an acupuncturist who practices moxibustion in my area?

Moxibustion is usually taught as part of qualified acupuncture or traditional Chinese medicine degree program. Although there are no licensing or accreditation requirements associated with the practice of moxibustion, in the United States, a practitioner must have an acupuncture license to be allowed to perform moxibustion.