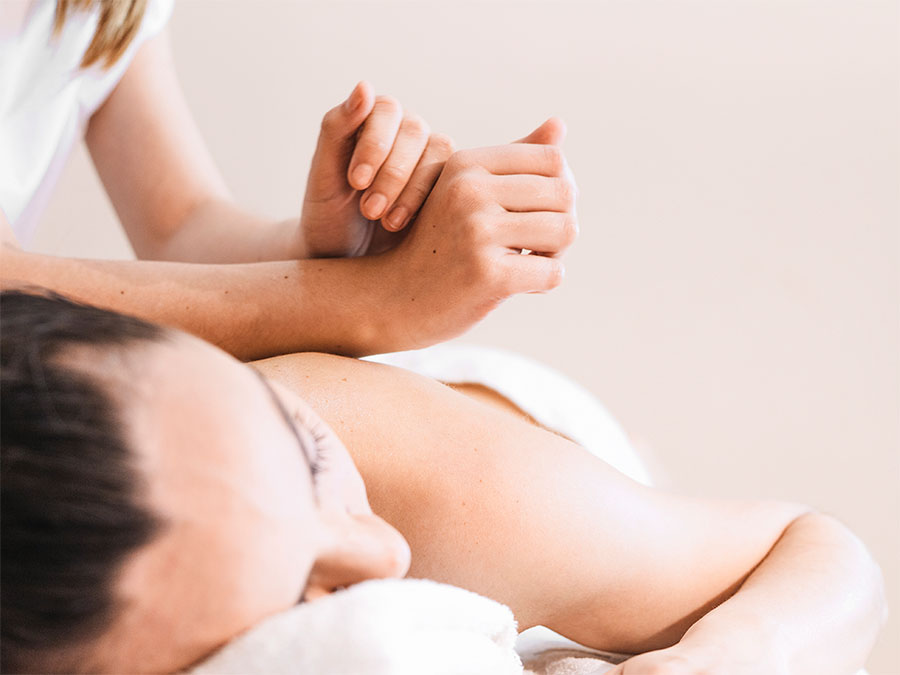 Tuina (pronounced “twee nah”) is a form of Oriental bodywork that has been used in China for centuries. A combination of massage, acupressure and other forms of body manipulation, tuina works by applying pressure to acupoints, meridians and groups of muscles or nerves to remove blockages that prevent the free flow of qi. Removing these blockages restores the balance of qi in the body, leading to improved health and vitality.

The details of tuina’s techniques and uses were originally documented in The Yellow Emperor’s Classics of Internal Medicine, which was written about 2,500 years ago. Its popularity and recognition grew steadily to the point that by the sixth century, many traditional Chinese medical schools had incorporated tuina into their programs as a separate department. In China, tuina is currently taught as a separate but equal field of study, with practitioners receiving the same level of training (and enjoying the same professional respect) as acupuncturists and herbalists. It is also taught as part of the curriculum at every ACAOM-accredited school in the United States.

What to Expect on Your First Visit

In a typical tuina session, the client remains clothed but wears loose clothing, and sits on a chair or couch. The practitioner will ask the patient a series of questions, then begin treatment based on the answers to those questions.

Tuina practitioners may employ a variety of methods to achieve their goal. Commonly used techniques include soft tissue massage; acupressure and manipulation. Practitioners may sometimes use herbal compresses, liniments, ointments and heat to enhance these techniques.

Tuina is best suited for rectifying chronic pain, musculoskeletal conditions and stress-related disorders that affect the digestive and/or respiratory systems. Among the ailments tuina treats best are neck pain, shoulder pain, back pain, sciatica and tennis elbow. However, because tuina is designed to improve and restore the flow of qi, treatment often ends up causing improvements to the whole body, not just a specific area. There is anecdotal evidence that headaches, constipation, premenstrual symptoms and some emotional problems may also be effectively treated through tuina.

Because it tends to be more specific and intense than other types of bodywork, tuina may not necessarily be used to sedate or relax a patient. The type of massage delivered by a tuina practitioner can be quite vigorous; in fact, some people may feel sore after their first session. Some patients may also experience feelings of sleepiness or euphoria.

As with all forms of care, there are certain instances in which tuina should not be performed. Patients with osteoporosis or conditions involving fractures, for instance, should not receive tuina. Neither should patients with infectious diseases, skin problems or open wounds.