The terms holistic medicine, alternative medicine and complementary medicine have often been used interchangeably. In fact, alternative medicine and complementary medicine are different and holistic medicine is a term which tends to embrace the larger definition of a system of treatment and practitioners who do not work within the system of conventional medicine. A more precise definition of the term is that holism is a philosophy that believes in treating the whole person and in the integration of mind, body and spirit.

In the holistic belief system, illness and injury are often the result of disharmony in the mind-body-spirit, which they see as one. The disharmony can often come about from a dysfunction in any one of these areas. But, holistic medicine believes that a dysfunction in one area affects the whole person and not just that one area of the body.

One of the terms which is increasingly popular in western culture is “wellness.” It is not only a term we see in popular magazines advertising day spas and on the shelves of health food stores; wellness is becoming a philosophy that is permeating western society. Universities, colleges and even huge corporations are beginning to offer wellness programs for their staff. The notion of ‘holistic’ is the foundation for this growing movement of wellness.


Holistic medicine is as much about a way of life as it is about medical treatment. The holistic philosophy embraces an approach that promotes overall body wellness.

The term “Alternative Medicine” refers to alternative medical systems other than allopathic or traditional (conventional) western medicine. These include Traditional Chinese Medicine, Homeopathy and Herbalism. These all require certification and the practitioner is referred to as a doctor. They might carry the title of Naturopathic Physician or Doctor of Chiropractic. Alternative medicine is used in place of traditional or conventional medicine, although some people use them together.

The growing popularity of alternative medicine is due in large part to the growth of homeopathy. This 250-year-old science was developed in the late 18thcentury by the German doctor and biologist, Dr. Samuel Hahnemann. One of the primary principles in homeopathy is the Law of Similars. Hahnemann had very different ideas about the body than his colleagues who practiced conventional medicine.

He believed in the concept of the ‘constitution,’ the notion that the body must be treated as a whole and that the right remedy would literally ‘kick start’ the system into healing itself at the most basic level. In this way, homeopathy would not treat disease, it would heal the body. The second principle is the Law of Infintesimals, which states that “Substances become more potent when diluted” (Novella et al., 2008, p.9).

One must take into account that these principles were developed over 250 years ago. At that time, Hahnemann didn’t have the technological advantage which doctors and scientists enjoy today. Over the years since its inception, homeopathy has always been somewhat controversial. Some scientists have suggested that the remedies are so highly diluted that there’s actually nothing of the original substance left.

Homeopathy is very plausible and there is both ample clinical and epidemiological evidence that it works. Homeopathy will become an integral part of medicine despite the paradoxical nature of its remedies and all other prejudices against it, simply because homeopathy is safe, efficacious, and cost effective.

Traditional Chinese Medicine (TCM) may be one of the world’s oldest medical systems. It was developed over 2000 years ago and has only recently become popular in western cultures. One of the key concepts in TCM is the notion of qi or life-force. In some ways this notion of a life-force is somewhat similar to the notion of the vital force in homeopathy but they are understood and treated differently. There is no doubt that TCM is fundamentally different from western medicine in many essential ways. As well, even with a small similarity to homeopathy, it is also distinctly different from any other form of medical treatment.

Herbal medicine may have been humanity’s first attempt at a synthesis of conditions and corresponding treatments. Thousands of years ago, humanity was in its infancy and so was medical treatment. The very first treatments were likely the herbs and flowers that people found in their immediate surroundings. However, herbal medicine has come a long way since those early days of human civilization. In fact, the words ‘herbal’ and ‘natural’ seem to be everywhere.

People in western countries are flocking to the stores to buy lotions with lavender, tea with chamomile and even cleaning products are being infused with natural and herbal elements. Today’s herbalists engage in training and they must be certified to practice. Although many advancements have been made in our understanding of what herbs can do and our preparations of herbal remedies, there are still concerns about the safety of these remedies.

These are treatments that are given in conjunction with allopathic treatment and not in place of it. Complementary medicine prides itself on being non-invasive and non-pharmaceutical. However, it should be noted that some (not all) practitioners in this field of medicine are also highly regulated, undergo rigorous training and must be certified in order to practice.

While many people might think of chiropractic care as a relatively recent treatment, it was actually developed back in the late 19th century (Cooper & McKee, 2003). For decades, chiropractors fought to be accepted by mainstream conventional medicine. Even today, there are doctors who refuse to accept chiropractic care as a legitimate form of medical treatment. Yet, conventional medicine is becoming more supportive of chiropractors and many doctors (and even some surgeons) refer their patients to chiropractors before considering more invasive procedures such as surgery.

Still, there are practitioners and people who are skeptical (and some even fearful) of chiropractic manipulations. This technique is called spinal manipulative therapy’ (SMT).

The primary reason people go to chiropractors is for musculoskeletal pain. Most often this is back or neck pain. They rely on the chiropractor’s use of SMT to alleviate their pain and hopefully avoid more invasive treatments. SMT is based on the principle that the spine experiences ‘subluxations’ of the joints. Many insurance companies in the U.S. will not pay for chiropractic treatment and there are still concerns among conventional doctors about the efficacy of chiropractic care.

The growing popularity of massage therapy is not surprising. The thought of lying on a firm, supportive table, while soft music plays and someone kneads out the knots in our body has a positive ring to it. The question is whether or not massage therapy has any medicinal purpose. There are many different forms of massage such deep tissue, Swedish and Shiatsu (Japanese).

Massage therapy is neither new nor unusual in western culture. Unlike other complementary and alternative forms of medicine which have only emerged recently, massage therapy seems to be an almost universal form of treatment. “Massage therapy, especially deep tissue massage (DTM), has been used for centuries to relieve myofascial syndromes including muscle spasm, muscle strain, and pain associated with numerous neuromuscular pathological processes” (Kaye et al., 2006, p.128).

The most famous treatment in TCM is probably acupuncture. It’s a treatment which has gained increasing popularity in western countries. Acupuncture is thought to be primarily for aches and pains or to alleviate the problems from an injury, however, it has a much broader medicinal application. Today, acupuncture is being used in clinical trials for a wide range of moderate ailments to life-threatening conditions.

These include arthritis, chronic back pain, sciatica, HIV/AIDS and many others. The technique involves using various sized needles which the acupuncturist inserts into points along meridians in the body. These meridians are energy points and designed to stimulate the Qi, or the person’s life-force and the healing process.

The ‘needling’ can be done dry or using electricity. “Acupuncture has established a reputation among the public for being a safe and effective treatment for a range of conditions. It relies greatly on its reputation for its widespread acceptance and growth as a valuable treatment technique”. Additional treatments in complementary medicine include; aromatherapy, ear candling, energy healing, crystal healing, reflexology, lymph drainage and cranial sacral therapy.

Previous Post Carbs Can Be Damaging To The Heart
Next Post Avoid too Much Stress, Help Yourself to Manage it 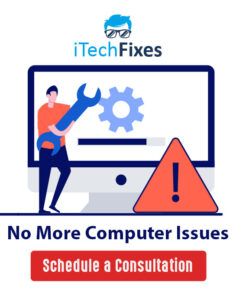